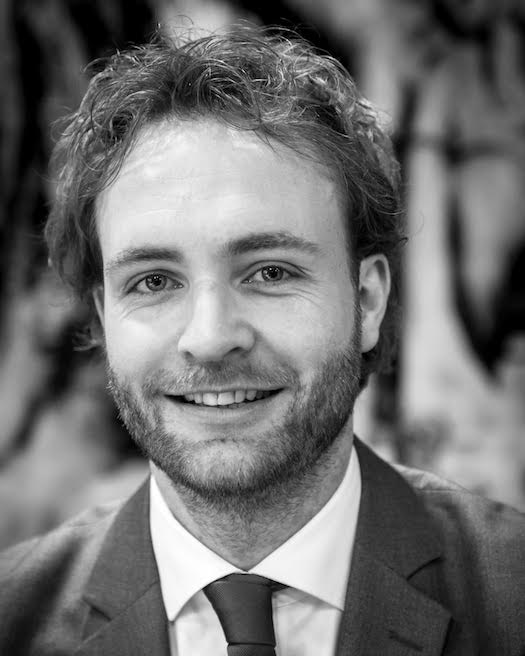 Chinese private investors and state-owned companies have long shown serious interest in European businesses. In 2016, Chinese investment in the EU surged to 35 billion euros. The past three to four years the Chinese cash flow abated (mostly due to restrictions on foreign direct investment imposed by the Chinese government), but still amounted to 13.4 billion dollars in 2019. Only the bigger deals make it to the news, but Chinese investors have also been very active in the European middle market.

For business owners, this is good news. Entering into a joint venture (inbound or outbound) with a Chinese company offers the opportunity of gaining a foothold in the rapidly developing Chinese market. Chinese buyers are often willing to pay higher acquisition prices than their European and American competitors (though transaction sums have normalised somewhat since the peak years of 2016-2017).

Before you can reap the benefits of doing business with the Chinese, you have to close the deal. A few tips might come in handy. We asked two China experts about their experiences. Valérie Hoeks is a sinologist and strategic advisor with 20 years of experience in the Chinese market. She advises Chinese and European companies about post-merger integration processes. Rogier van Bijnen is an M&A lawyer and director at R&P China Lawyers, based in Hong Kong and Beijing.

As a European lawyer, Rogier van Bijnen was trained to negotiate according to the ‘Harvard principle’, widely considered one of the most effective negotiating techniques. Its main tenet is that you have to find an optimal solution that unites all interests. Unfortunately, this is not a style of negotiating that is well suited when dealing with Chinese negotiators. Van Bijnen: ‘In the end, the Chinese side often prefers a bigger share of a smaller pie over a small share of a bigger pie.’

And forget about a ‘win-win solution’, warns Van Bijnen. ‘The only Win-Win they know in China is a panda in the zoo of Chengdu,’ he quips. ‘China is a zero trust society. When negotiating a deal — any deal — a Chinese businessman will start out with the most extreme, unfavourable offer and defend it vehemently.’

This cut-throat style of negotiating often comes as a shock to Westerners, says Van Bijnen. The trick is to politely but firmly hold your ground. And most importantly: be prepared to walk away from the negotiating table at any time.

In the case of a joint venture, the negotiations don’t end after the closing of the deal. Brace yourself for a non-stop back and forth about financial issues. ‘It’s the cost of doing business in China’, says Van Bijnen. ‘But don’t take it personal. After a long day of haggling, there’s always time for a joint dinner and karaoke.’

2) Keep your cards close to your chest

The legendary general Sun Tzu put great stock in the importance of secrecy and the power of surprise. His teachings are still very much alive in modern-day China. Chinese negotiators will share as little information as possible, says Valérie Hoeks. ‘It is a smart tactic. We Europeans tend to lay all our cards on the table. Chinese see this as a weakness that they can exploit.’

Hoeks tells of a recent example, when Alibaba announced that it wanted to build a gigantic, multi-billion dollar distribution centre in the Benelux, prompting the Dutch and Belgian government to enter into a bidding war. By putting out separate requests and providing a minimum of information themselves, two Alibaba subsidiaries gained a lot of valuable information from the two governments. Alibaba CEO Jack Ma was even invited to the office of Dutch PM Mark Rutte and scarce property around Schiphol airport was offered up to the Chinese.

In the end, Alibaba opted for Belgium. In a blog post, Hoeks wrote that the Dutch may have ‘dodged a bullet’. Of the ‘thousands of jobs’ that Jack Ma promised, only a few hundred materialised. Instead of multiple billions, the Chinese so far invested not even €100 million.

The moral of the story, according to Hoeks: ‘When dealing with the Chinese, you have to repeatedly ask the right questions at the right time, in order to find out the true intentions. Don’t take promises at face value.’

3) Look beyond the cliché

When it comes to doing business with China, there is no shortage of clichés. Though there is usually some truth to them, it pays to look beyond the clichés. A good example is the Chinese concept of ‘guanxi’, which roughly translates as building a relationship with a business partner.

Most people who do business with China have learned about the importance of guanxi. They spent months flying back-and-forth to China and invite their Chinese business partners to Europe where they wine and dine them. After a while, it may feel as if you’re all good friends. But that doesn’t mean the deal is a shoo-in. It is where the actual negotiations begin, warns Van Bijnen. ‘Establishing guanxi does not guarantee a deal.’

Another well-worn cliché: the importance of not publicly shaming or embarrassing a (potential) business partner in any possible way. Some Westerners are so afraid to cause their negotiating partner to ‘lose face’, that it stifles their negotiating tactics. But ‘giving face’ does not mean you can’t or shouldn’t be firm or, if necessary, aggressive in a negotiation, says Van Bijnen.

4) Know who you are dealing with

In any M&A process, there is a lot of focus on paperwork — ranging from letters of intent, MOU’s, due diligence reports and finally an SPA. But in China, it is important to get to know and understand the people who are shuffling the papers.

Too often, Western business owners enter into a negotiation lacking crucial background information, tells Hoeks. ‘To start with, you have to find out if your negotiating partner is a person who calls the shots and has power of attorney, or just someone running an errand.’

Investing time in your Chinese counterparts can give you valuable insights into their motives and interests. Hoeks sometimes advises clients to go for a walk with the Chinese investors. ‘They often laugh when I suggest this, but in the end they’re happy they took my advice.’

In some cases, the intentions of a Chinese investor aren’t immediately clear. Hoeks relates to the case of a Chinese company that acquired a Dutch waste treatment company — one of many such acquisitions by Chinese companies in this sector. The Dutch management had expected to grow their company with a capital injection from China. When these investments did not materialise, they asked Hoeks to find out what was wrong. She soon found out that the Chinese parent company never intended to invest in their new European operation. For them, the primary reason for the transaction was that it gave them access to funding from the Chinese state. ‘People need to understand that the Chinese economy is still guided by political interests,’ Hoeks explains. ‘Private companies in China can do well if they fall into line with the long-term strategic plans of the central government.’

5) It ain’t over till the fat lady sings

One last piece of advice: the deal is closed when the money is in your account. Until then, anything can happen. A MOU or even a SPA offers no guarantee of success. In the Chinese view, anything is open for renegotiation, at any point in time. Van Bijnen even knows of ‘fake signing ceremonies’ with the sole purpose of exerting pressure on the European negotiators to sign an unfavourable deal. And though Chinese contract law is not very different from German or Dutch contract law, few mid-size European companies are willing (or have the means) to try to enforce an agreement in a Chinese court of law.

In China, signatures on MOU’s or SPA’s hold very little significance, says Van Bijnen. ‘The most important milestone for me, is when a Chinese company starts spending cash on the M&A-process by hiring external valuators or advisors. That shows me that they are serious.’